By Sylvester Williams in Lusaka Zambia

Platinum Events Productions Africa, organizers’ of last year’s Miss Zambia beauty pageant are hoping this year’s event is trouble free after they had to dethrone last year’s winner Louisa Chingangu 20, for gross misconduct. Eighteen selected contestants have now finished the most challenging part of the pageant which involves rendering community service for what the organizers term is the “social works” part of the selection process. On September 23th, they will line up and battle to take over from reigning queen Mwangala Ikacana who replaced the dethroned Miss Chingangu in May this year. The venue will be revealed soon.
They had to fulfill a variety of tasks including looking after the elderly in retirement homes, taking care of children with disabilities, sexually abused children and those whose parents are either in mental institutions of in prison. Each of the aspiring queens needed to carry out these various tasks according to the organizers because modeling isn’t only about pageants, the runway, and fashion shows but also about caring for the community and people they will represent during their year long reign.

How the girls did it.

North West Provincial representative Miss Lubwekese Mwanjaluka 21, worked with Chilenje Transient Home ‘Lusaka Child Care and Adoption Society.’ It is a home for sexually and physically abused children, abandoned children whose parents are either in prison or mentally unfit to take care of them.
She observed that a lot of children who are sexually abused fail to report their abusers and it was necessary to make them realize they would have support if they spoke out. She donated food and clothing to some of the affected children.
Lubwekese said she was hoping to win and finish off what her mother left incomplete when she was also a finalist in 1995 but failed to win the coveted crown.
The brown eyed 5.8ft tall model who is a big fan of American singer Trey Songz, said winning the crown would enable her fulfill her lifelong dream of building a homeless shelter for abandoned children.

Southern Province representative Sheila Sings 18, a martial arts fighter chose to work as a teacher at the Great North Road Academy and Sosco Community school in Lusaka. The slim brown in complexion model with black hair, taught blind and deaf children
“Education is the key to every person’s success and I believe every child deserves the right to an education,” she said
She said she initially had problems communicating with the children because she did not know sign language but learnt quickly after a few lessons. .
Zamiwa Maida 22, who represented the Central Province donated writing materials including books, pencils, rulers and pens to children at Christian Alliance for Children in Zambia. She volunteered to teach the kids how to read and write, but also ended up offering vital advise to those that were passionate about taking modeling as a career. 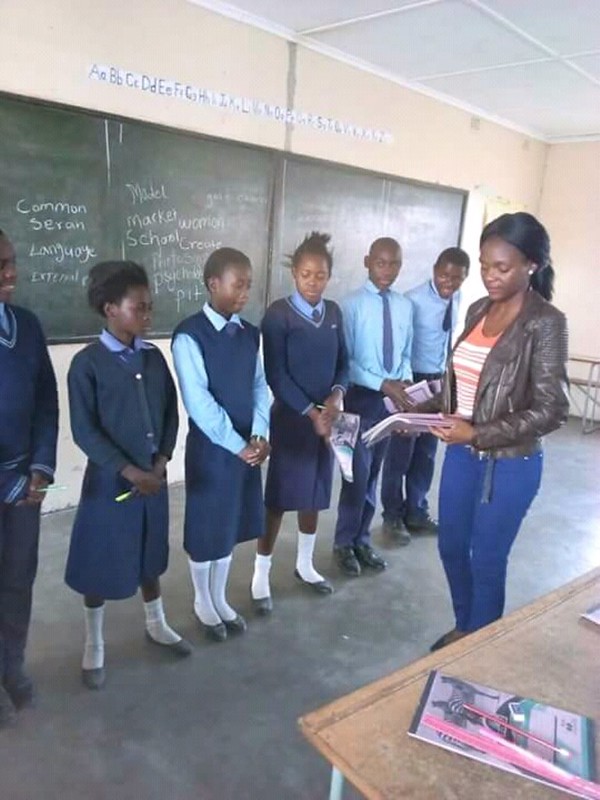 Maimbolwa Ingombe 22, the Lusaka Province representative worked at promoting health and nutrition and reducing child obesity.
The 5.7ft tall model enjoys singing, dancing and reading novels.
Lusaka provincial representative Musa Kalaluka’s passion of enhancing well-being, empowerment and social change made her travel all the way to Kampasa Village in Chongwe District for her social work task.
She offered support for senior citizens by distributing groceries and taking care of widows and orphans. Her aim was to ensure that resources for basic needs are distributed evenly in the society. 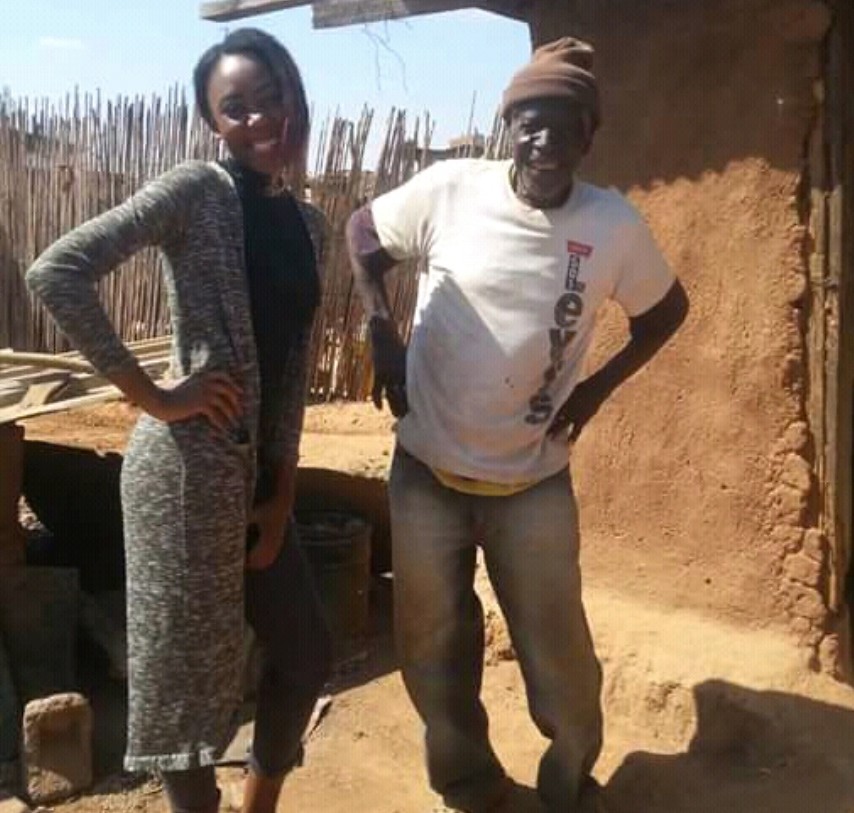 Japhet Mutumba 28, a human resource officer praised the efforts that models made to help the community. Mutumba said giving back to the community was everyone’s responsibility and that the step taken by the models should prove to all critics that modeling is not just about nudity but also about bringing positive change to the community.
Social activist Memory Kaima 42 however took a completely different view criticizing the work of the models. She said most models lacked morals, and that all their petty efforts of wanting to paint a good picture of themselves were in vain. She accused models of being bad examples to society and encouraged them to stop dressing half naked as a way of promoting themselves.

Created in 1974, the Miss Zambia beauty pageant is now an annual event that attracts hundreds of participants and advertising dollars. The event winner will get a cash prize and represent the country at the Miss World beauty pageant.
The organiser’s stripped last year’s winner Louisa Chingangu 20, after she claimed she did not get the promised job, return air ticket to the 2016 Miss World competition in Washington DC USA. Before she was replaced, Elizabeth Mwanza, owner of the Miss Zambia pageant said;
“I’m of the view that Louisa entered the pageant for the wrong reasons and is not willing to do the work that comes with the title. To date, she hasn’t presented any idea of any project. The Miss Zambia crown needs a title holder with a passion for any good cause, initiative and a people-person,”
Her replacement Mwangala Ikacana is currently representing the country at the ongoing Miss Africa beauty pageant in South Africa.