The highly contested executive of SOBA UK led by outgoing president Ayuk Akoh Arrey has stuck to its guns and refused overtures from his opponents, initially to call an extraordinary meeting to discuss problems plaguing the association. They have also rejected an October 7th 2017 extraordinary meeting in Leicester summoned by Rtd Colonel Aloysius Mbako, a senior patron who they deliberately left out of organizing the last “flawed” elections during which just one in three SOBANS in the UK took part following a boycott call led by Adamu Thomas.

Following the publication of a highly critical statement by Rt Colonel Mbako, contested Secretary General John Bawak released a short tense communique that read inter alia “For the purpose of clarity and solidarity, the executive team is appealing to all members to remain calm and respectful. The executive will provide members the opportunity to understand the facts at the next general assembly scheduled on 11 November 2017” blissfully unaware of the avalanche of problems they have ahead of them. Quoting from one of the many versions of the SOBA UK constitution, the statement reiterated senior SOBAN Mbako had no constitutional right to call for an extraordinary assembly to resolve a crisis they started in the first place when they refused to call for elections 17 months after their mandate ended in March 2016. They were only literally forced “screaming” to announce one in July this year.

In a highly critical letter titled “The Reasonable Way Forward” and addressed to outgoing president Akoh Arrey, Col Mbako, outlined a series of issues SOBA UK members had with his team and which now necessitates an extraordinary meeting to resolve. This included but were not limited to; a usurpation and abuse of power by the same “clique of friends” for more than fifteen years, moving the goal post each time to exclude those who criticized the clique, a deterioration in the relationship between SOBA UK and the mother branch in Cameroon, failure to register the association as a charity so they could respect UK charity laws and flawed electoral rules and regulations. Colonel Mbako noted “…an overwhelming majority of its members are increasingly concerned about alleged mismanagement, lack of courtesy, lack of accountability and arrogant behavior that has been shown by yourself and your team….an extraordinary general assembly will be the only way to bring back legitimacy, fairness and unity to SOBA UK”.

Though Ayuk Akoh Arrey and his strongly contested team are now using the constitution in their defense, they ignored the same constitution and remained in power illegally for almost one executive term of twenty four months. They acted in complete disregard of the constitution when they refused to call for fresh elections and only did so a day after a good number of SOBANS released a grievance letter calling for constitutional and electoral reforms before any such elections.
The October 7 2017 extraordinary meeting summoned by Colonel Mbako will be moderated by the Col himself, Patron Sako Burnley-who created SOBA UK in the first place, and senior SOBANS Titus Edjoa and Richard Dohnji. A vast majority of SOBANS in the UK have agreed they will attend the extraordinary meeting so that they could together help foster unity, resolve the problems and chart a way forward to avoid a small clique of people led by Shupo Francis and Ayuk Akoh Arrey from running SOBA UK for the foreseeable future with no intentions of handing over to anyone else. 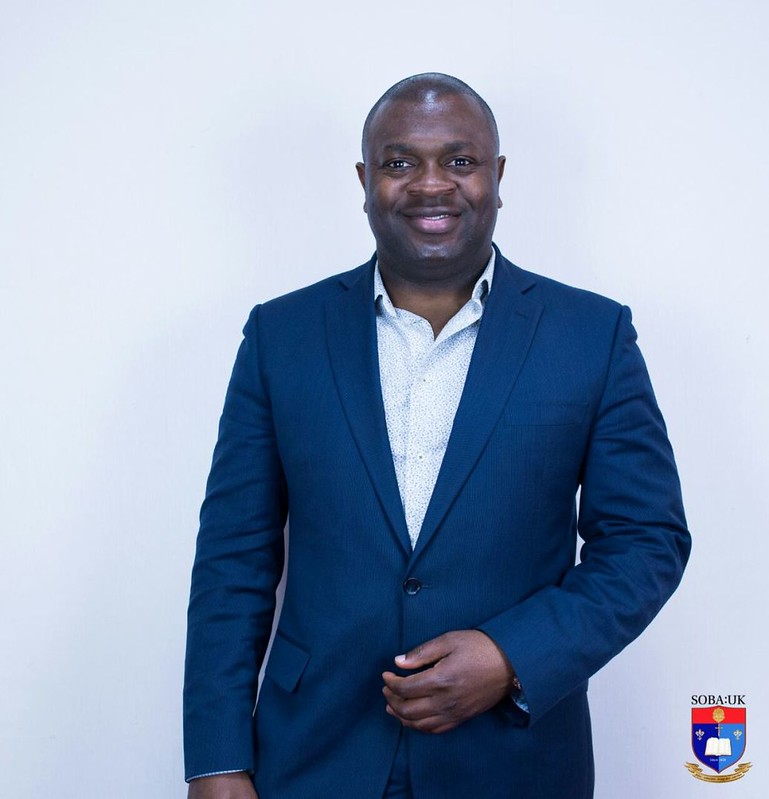 Where it all began…

Ayuk Akoh Arrey and before him, Shupo Francis, have been running SOBA UK matters uninterrupted as presidents for close to fifteen years now. They have managed to stay this long by ignoring any form of protest and criticism and managing the now highly lucrative one annual event association, a convention with a band of close friends and family members they describe as “the management team”. They make constitutional and electoral amendments routinely to suit their agenda. Most of these amendments are never done through a general assembly. This is why there are two or three different versions of the constitution. SOBA UK held its first ever free democratic elections in 2014 after the then president Shupo Francis was tricked into standing down at the last minute for a bigger position in SOBA General allowing then treasurer Ayuk Akoh Arrey to stand as president. Not surprisingly, Shupo never got the coverted post in SOBA general so is fighting he remains relevant in the SOBA family irrespective of the damage this is doing to the moral rectitide of the SOBA fraternity worldwide. Col Mbako also made serious allegations about financial mismanagement leading for calls for an independent expert to audit the account of SOBA UK.
Ayuk beat Bobdinga Francis during the 2014 first ever free elections in SOBA UK. Because of the massive boycott of the 2017 overdue elections, none of the present exco had opponents for the elections. The present exco that is now under immense pressure to stand down and listen to SOBA UK members, is made up among others of Akoh Arrey as President, Bime Lafon is his Vice, John Bawak is Secretary General with Usamatu Babangida as his vice. Batey Tako is Financial Secretary. Franklin Egbe is treasurer.