By Francis Ngwa In Leicester

Cly Elimbi Mensah Kofi (Class 93) will now head a one year executive transitional team created to revive and make Sasse Old Boys Association UK (SOBA UK) a more inclusive, dynamic and more embracing association. He will be assisted by Secretary General Adamu Thomas, Treasurer Bebongchu Tetchounkwi, Financial Secretary Flavious Ndumbe and Social Secretary Bobdinga Francis. The transitional team has the difficult task of bringing order and serenity to a badly bruised association that has been in crisis following contested elections that were largely boycotted by most Sobans in the UK because outgoing president Ayuk Akoh Arrey and Shupo Francis who have ran SOBA UK for close to twenty years, refused calls for constitutional and electoral changes before any elections. Cly Kofi and his team have been mandated to make sure SOBA UK does not split into factions by making the association all inclusive and reaching out to supporters of outgoing president Ayuk Akoh Arrey. 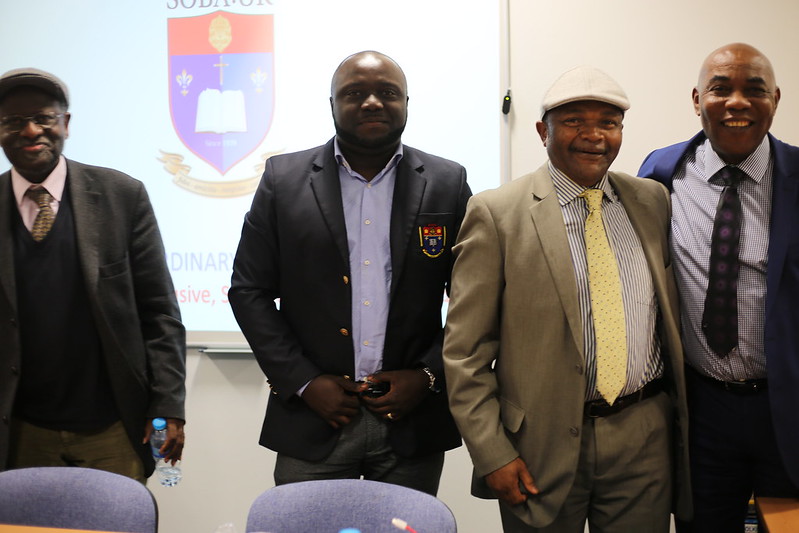 Smiling through it all
These are some of the main resolutions arrived at last Saturday October 7 2017 in the historic midlands town of Leicester during the first ever Extraordinary General Assembly (XGM) of SOBA UK. Senior Sobans Dr Sako Burnley, Richard Dohnji, Titus Edjua and retired Colonel Aloysius Mbako presided over the XGM that was attended by well over thirty Sobans from across the UK.
Opening the deliberations, Col. Mbako who convened the meeting described the events that led to the XGM as “unfortunate” and the rancor that had characterized discussions in SOBA UK forums as “unnecessary” and against Sobanly values of unity and togetherness. He said the former executive wanted to control the association indefinitely which is why they were opposed to any constitutional and electoral reforms that did not suit their agendas. “Mola Mbako” as the retired Colonel is fondly called noted that now was the time to make SOBA UK an association that will bring all members together and listen to everyone, which unfortunately had been stifled by the last executive. 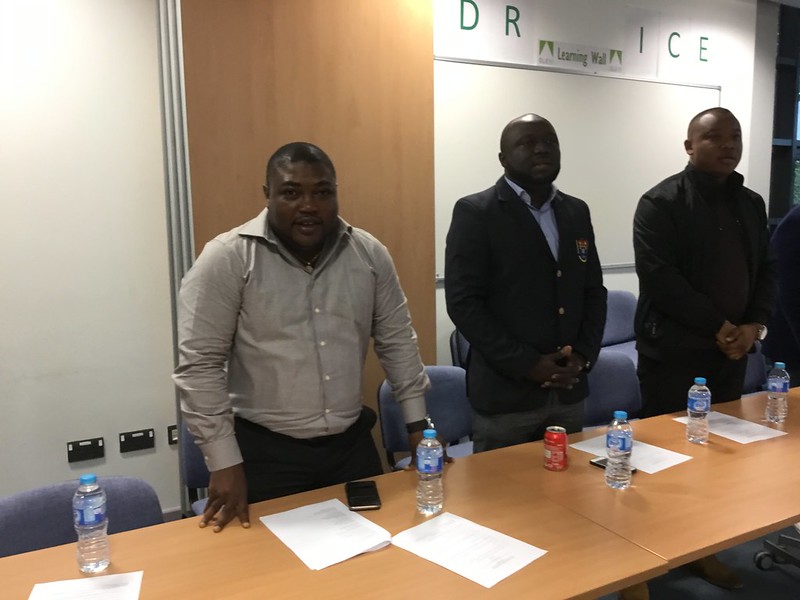 In his first statement, transitional team President Cly Kofi declared “…my pledge to you is that I will work in concert, to listen and to grow. We will be a team that demonstrates mutual respect and selflessness”. He expressly thanked the four senior moderators who he admitted “…stood up for what is right. You championed the course for justice, and the restoration of our deepest Soban ideals.” Cly Kofi was very resolute when addressing the future prospects of a very troubled SOBA UK. Hear him; “We have taken the first steps, now the real work begins. I have no doubt that with your help and support, we will successfully complete the reconstitution of our association, rebuild our partnerships and ultimately make Sasse College a better place for future Sobans”. The new president has pledged to make sure SOBA UK does not split into factions. “Let’s keep the door open for them”, senior Soban Titus Edjua and all the other moderators keep emphasizing throughout the deliberations.

A large part of the XGM was devoted to work on the draft constitutional of the association which many members agree is no longer fit for purpose and badly needs amendments. Among other things, it was agreed the executive henceforth will be elected for one term, renewable once. All elections will henceforth be organized and managed by a newly created “Council of elders” which will become the ad hoc electoral commission. Two grades of memberships have now been created, ordinary and welfare membership. For the princely sum of just ten pounds annually, anyone could be an ordinary member with full voting rights while an additional fifty pounds bestows on anyone welfare membership. This entitles the said member welfare benefits including support from SOBA UK during troubled times like bereavements. A new position, a social Secretary will keep tract of births and marriages and other happy occurrences in the lives of Sobans so they could get some help and recognition from the association during happy times too.. A constitutional committee headed by Secretary General Adamu Thomas has been empowered to do more work on the draft constitution before it will be given out to members for further comments before the document is adopted during a general assembly meeting.
SOBA Vice President General In charge of UK/Europe Mr Joki Manga was invited to follow the deliberations and will be informing SOBA General, the mother branch in Cameroon of the outcome. 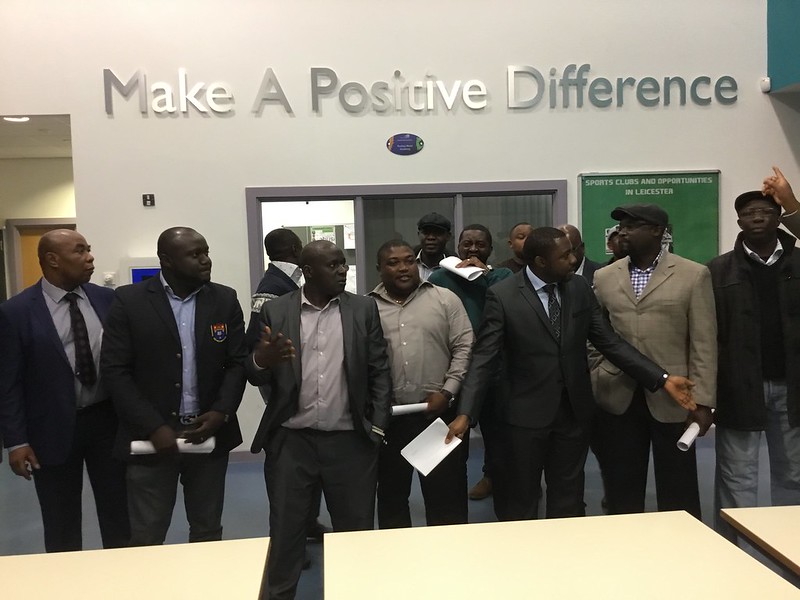 Titbits from the Assembly Meeting

Black Man Time (BMT) was duly respected. The meeting did not start off at the scheduled time. From Cyril Alima through Uncle Sako Burnley to Titus Edjua, Richard Dohnji, Gerald Nupa, Larry Cumber and other speakers, you could feel how committed they all were to the SOBA brand and why they all felt it had to be protected. They all wanted a united, all embracing association that welcomes everyone, which was not the case presently.
Deliberations happened in two halls because the main organizer did not turn up on time! At the end of the meeting, there was an alcohol ban in the hall so there were some innovative thinking in drinking any kind of alcohol! Puff puff and beans, a favourite in Sasse College was part of the rich menu on offer. Smartphones came in handy to help some Sobans who still do not know the right wordings of the school anthem 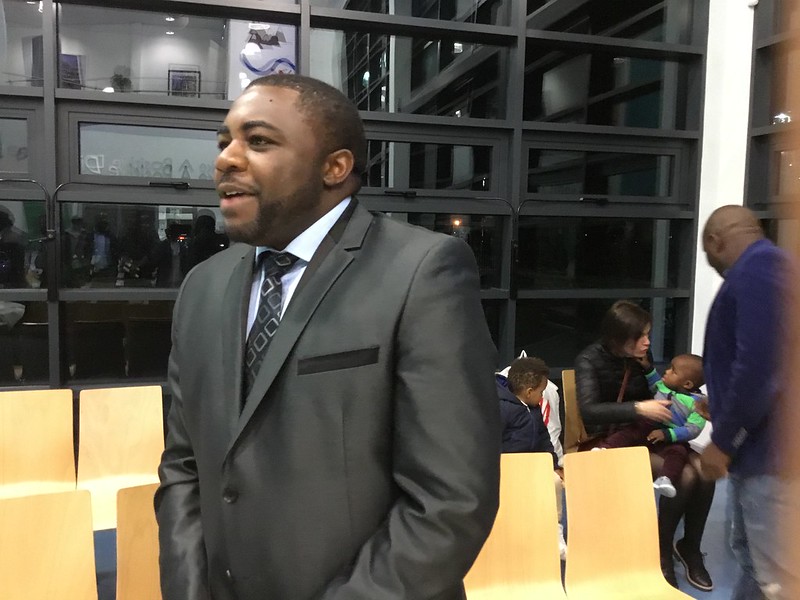 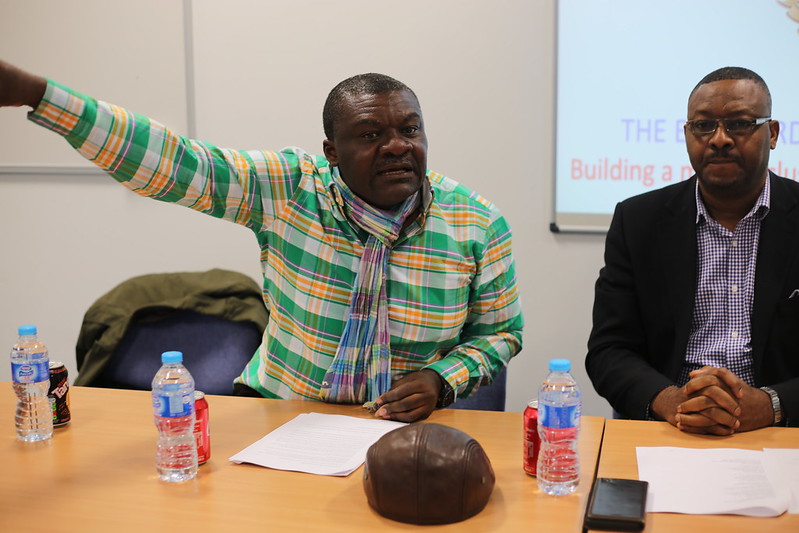 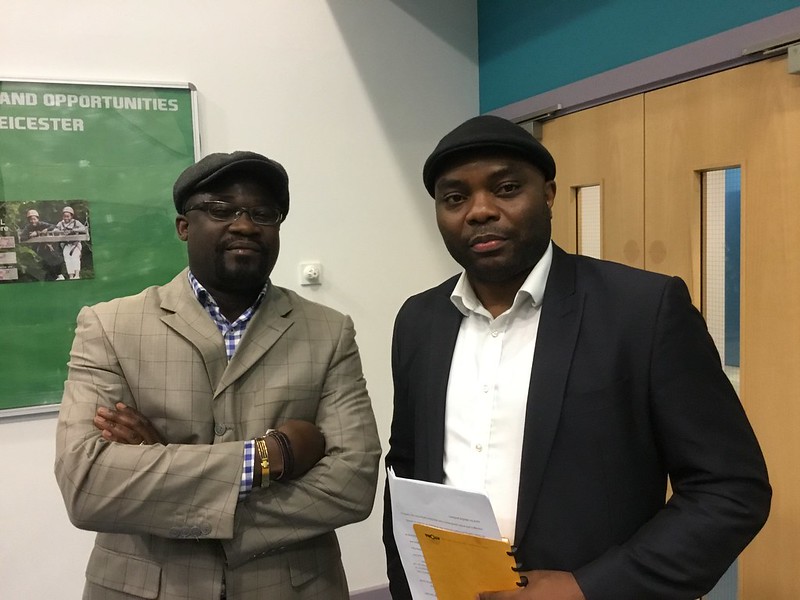 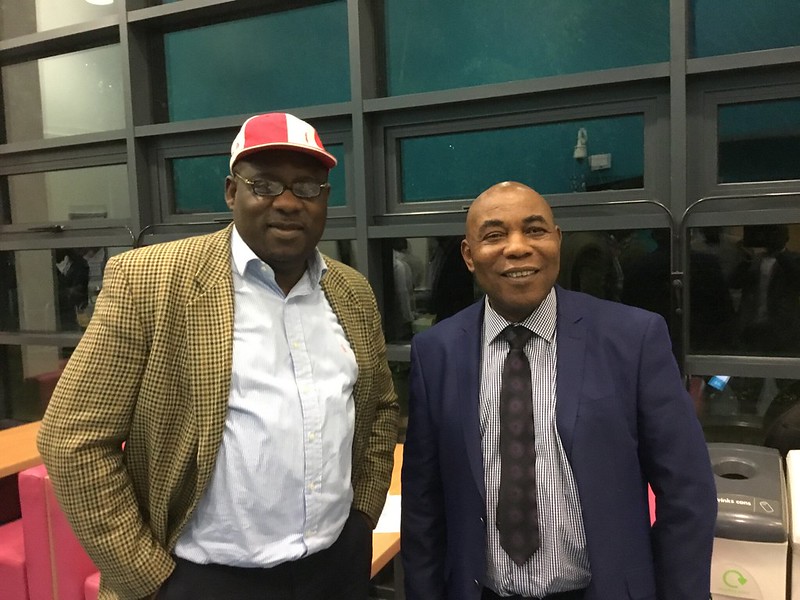 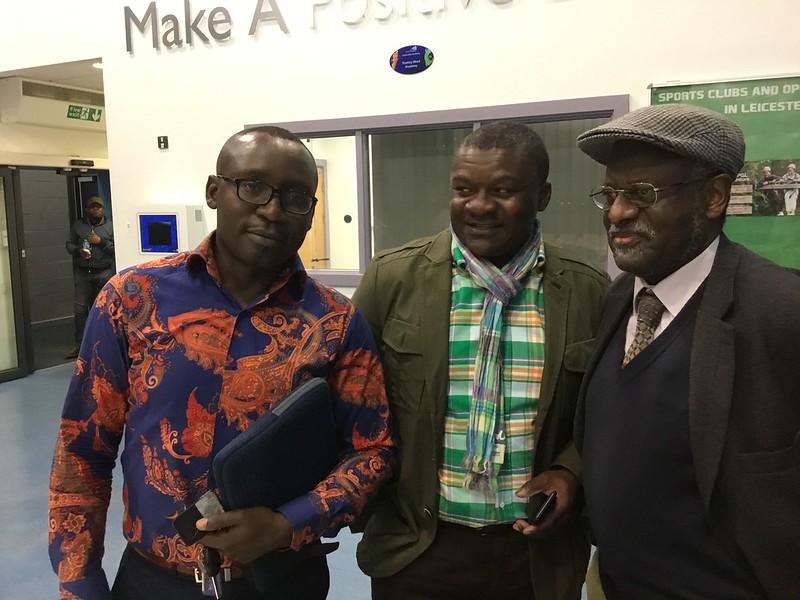 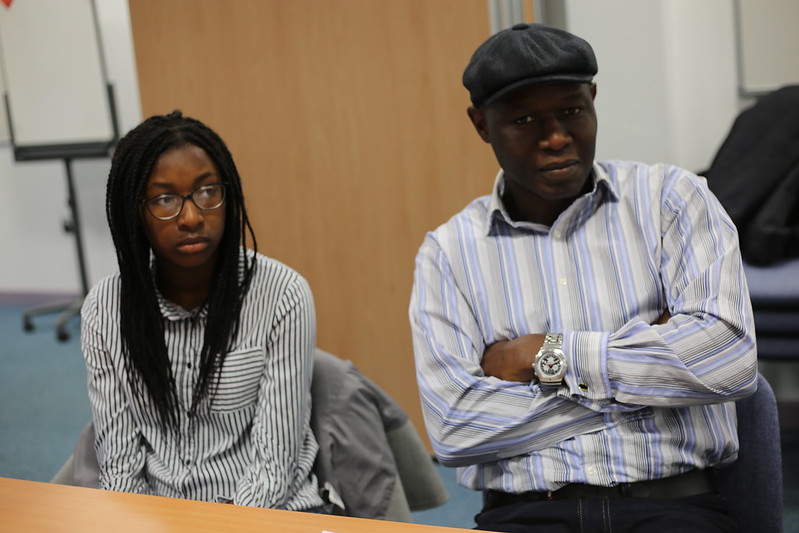 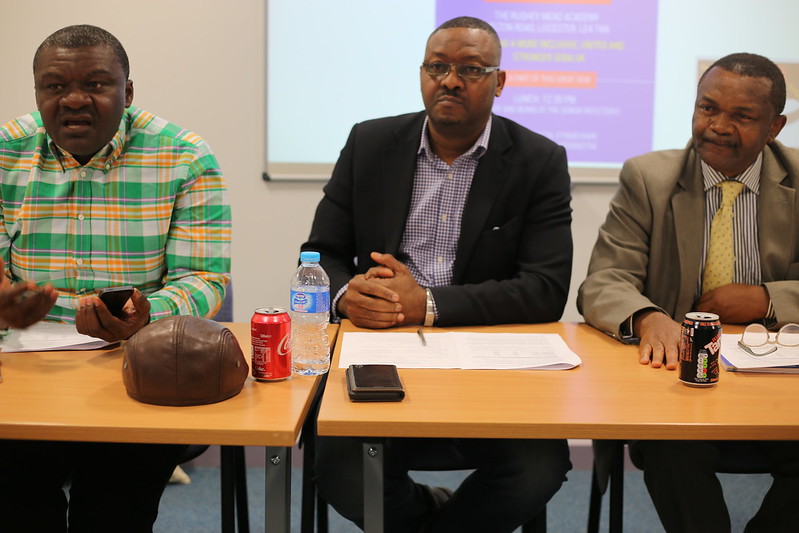 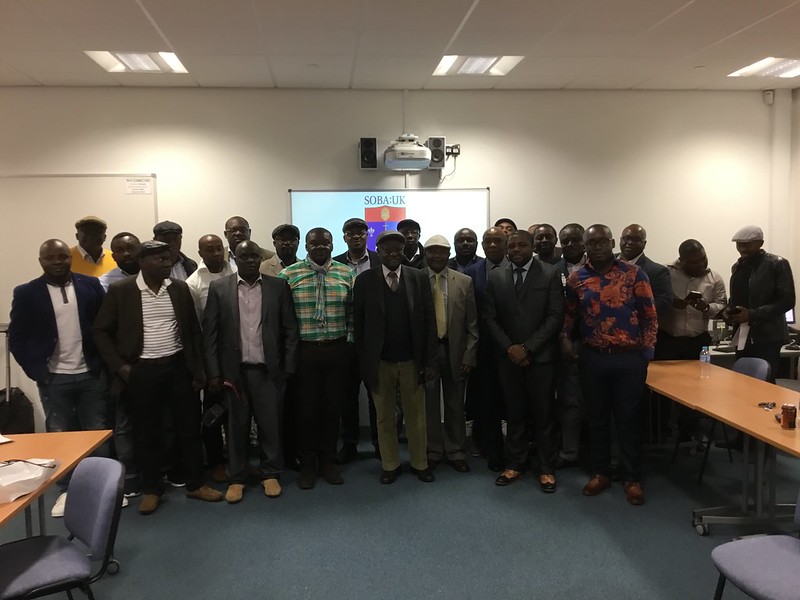